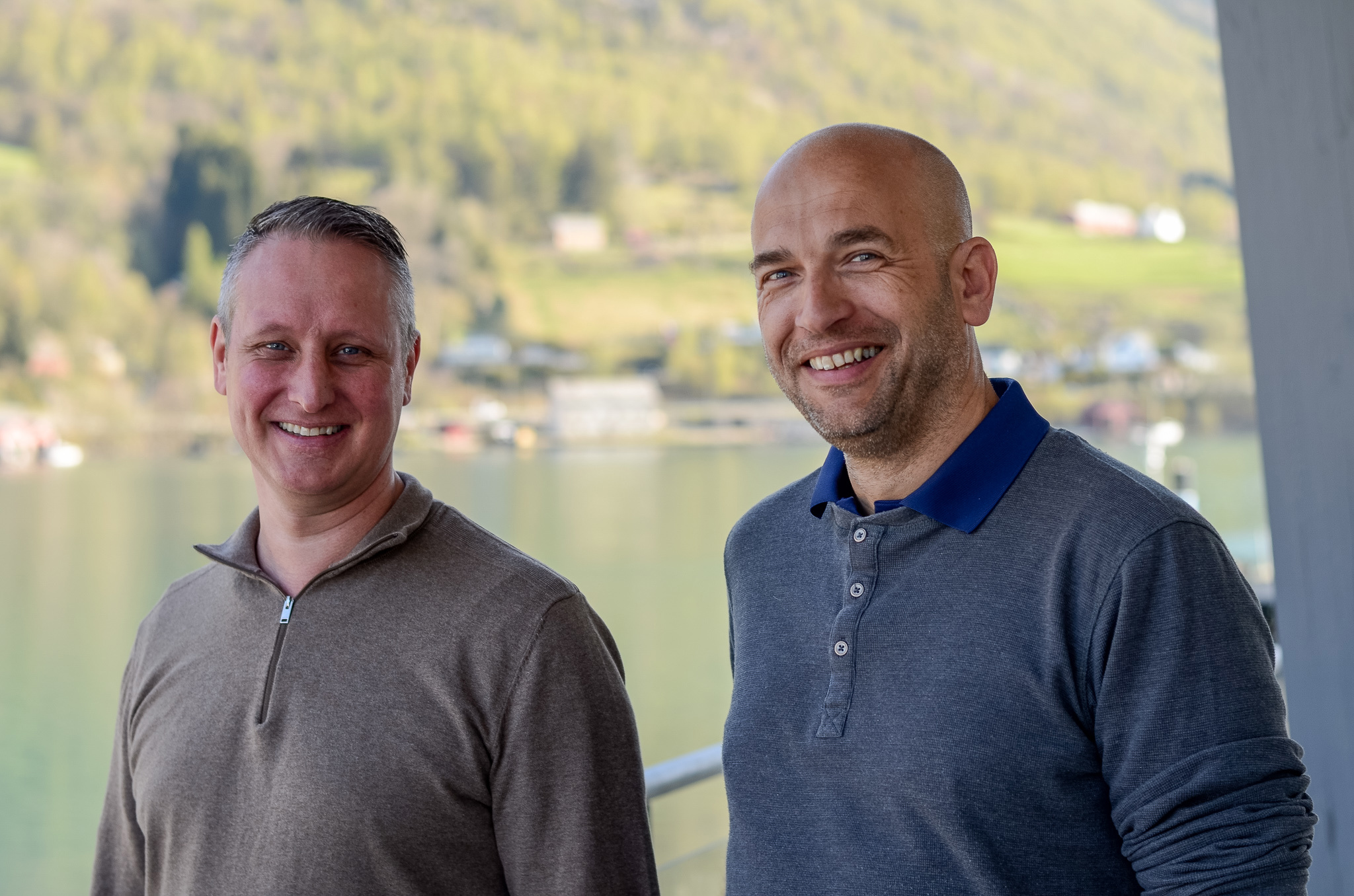 “Stian Bjørkheim (left) has been in the industry for more than ten years as an Omega consultant, and I think his knowledge and insight will strengthen our ability to meet the demands of both the consultants and the market," says General Manager in Omega 365 Consulting, Anders Lunde (right).

This spring Stian Severin Bjørkheim started as Department Manager in Omega 365 Consulting. Bjørkheim knows the Omega system quite well, because he has been part of the Omega family since 2011 as a consultant. He is looking forward to applying his experience to motivate and lead the Omega consultants in his new department.

“I look forward to getting to know the people in Omega 365 Consulting, and tap into the unused potential of those who wish to try their hand at consulting within the industries of oil, gas, renewable energy, construction, and transportation.”

When it comes to growing the team, Anders Lunde, General Manager in Omega 365 Consulting, adheres closely to Omega 365’s core values; open, engaged, generous, humble, and solution oriented. Stian Severin Bjørkheim was a natural choice for this position since he embodies these values.

“Our Department Managers should strive to go above and beyond and give their best for our consultants and clients. Stian Bjørkheim has been in the industry for more than ten years as an Omega consultant, and I think his knowledge and insight will strengthen our ability to meet the demands of both the consultants and the market."

“The current market for consulting services is good,” Lunde adds. “We have specialists in lead planning and completion management. These skills are often combined with knowledge of the project management system - Omega 365. Our personnel also have a variety of skills within document control, electro engineering, risk planning, and project planning.”

Bjørkheim will be based at Omega 365’s offices in Bergen, and will be sharing an office space with colleagues in Omega 365 Solutions, Omega 365 Areal, and Omega Subsea.

Bjørkheim lives in Hjellestad with his two teenage boys, just a 30-minute drive from the office. In his spare time Bjørkheim enjoys watching soccer as a big Liverpool fan, and also supporting his sons who play football on the local teams Gneist and Bjarg.

When Bjørkheim started as a consultant in Omega in 2011 he worked with maintenance on Sandsli, and took part in many different electrical projects onshore. Between 2015-2016 he also worked on different projects both in Haugesund and abroad.

“During this period I worked on many projects. One of them was the development of the world's largest FPSO in Korea. I also took part in other projects such as the Gina Krog, the Mariner, and the Aasta Hansten projects. For the FPSO project in Korea I had site lead responsibility, which was an exciting experience,” Bjørkheim shared.

When he started as a consultant in Omega, he already had fifteen years of experience as an Electrician and Mechanical Completion Engineer, both onshore and offshore. He worked onshore at Stord, Mongstad, Tjeldbergodden, Hammerfest, and Sture. His offshore experience was in the North Sea.

Bjørkheim started in the oil and gas industry when he became an apprentice electrician at Aker Bergen. To complete his education as an electrician,  Bjørkheim had to work onshore and offshore at Tjeldbergodden and Stord. After completing his education he stayed in Aker for ten years before moving on.

Bjørkheim was first introduced to the idea of becoming a consultant for Omega during his apprenticeship. It was at this time that he met a group of Omega consultants on a project who inspired him.

“Throughout my years in the oil and gas industry I frequently met and heard about the Omega consultants. These were the people who often came and did the completion work. While my electrician colleagues and I were doing the installation work, the Omega consultants would do the commissioning, which is the quality check and completion work. That job looked more fun,” Bjørkheim laughed while still emphasizing that every job in a project is important.

“I realized I wanted a job where I could take on even more responsibility. I remember thinking one day I would like to be a part of the commissioning team,” Stian smiles.

Bjørkheim chose to become a consultant and found that his work life was more liberating. He was able to move around, meet new people, and gain new experience from different projects and locations.

“My impression throughout my time in the oil and gas industry is that many people have positive things to say about Omega and their consultants.”

In his new job Bjørkheim looks forward to spotting and developing the potential in new candidates who may be recently educated, experienced seniors, and everyone in between.