Omega 365 needs developers and strives to harbor a diverse workplace. In the Stjørdal office in Norway, refugees are enrolled in a six-month Omega 365 programming course called Lifehack. 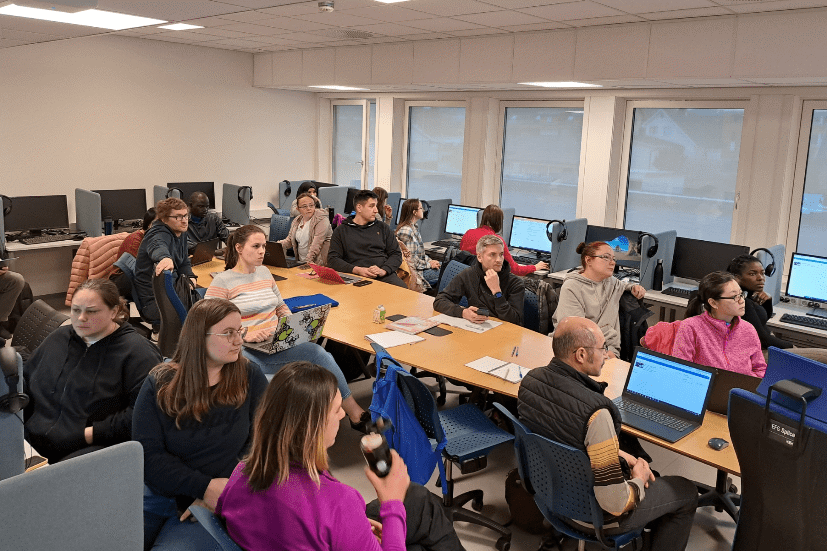 Last week, 23 students enrolled in the six-month programming course. The Lifehack project aims to help people start their new lives in Norway, increase diversity in Omega 365, as well as pave the way for recruiting more developers.

Last week, 23 students enrolled in the six-month programming course, Lifehack, hosted by the Stjørdal Omega 365 office in Norway, south of Trondheim. This program is for refugees and others participating in mandatory Norwegian and culture courses. Omega 365 has partnered with the integration office of the Municipality of Stjørdal to pilot the course.

The Lifehack project aims to help people start their new lives in Norway, increase diversity in Omega 365, as well as pave the way for recruiting more developers. “Maybe some of the students will end up in Omega,” says Omega 365 developer and head of training in Lifehack, Mohamad Jamil Mohamad.

“The students are highly motivated. They want to do this. You need that in order to participate in this course,” Mohamad says.

In addition to being an autodidact developer, Mohamad is a trained doctor, former Syrian-Kurdish refugee, and fluent in five languages. Initial presentations of Lifehack were given in Norwegian, Arabic, Russian, and English. Last week, he kicked off the course by starting the first module.

About 50 percent of the students are Ukrainian, some are Syrian, some Turkish, as well as Canadian working immigrants. Hopefully students will find the course helpful for choosing the right profession in a highly challenging phase of their lives. Being familiar with those challenges, Mohamad is motivated to help others in a similar situation.

Mohamad wants to continue developing his own skills and challenging himself professionally. “As a developer, you must be updated. It is dangerous to stop, because you will get stuck. We have time and motivation, so why not? We can all profit from that,” Mohamad says.

The first modules are basic programming, and then the course will gradually move towards Appframe. Students follow the course and tasks through training.omega365.com. Other Stjørdal colleagues will help tutor students throughout the Lifehack course, during and between classes.

”We have to recruit more people with developing competence. We want to make a significant difference in people’s lives and give them a new start. In parallel, we are hoping to build the Omega 365 reputation,” says Lars Aas Kjebekk, Department Head at Omega 365 Stjørdal.