In February, a group of Omega 365 employees traveled to Svalbard, Norway, for a teambuilding trip. Snow scooter rides and the Northern Lights were among the highlights of this amazing visit to the Nordic island. 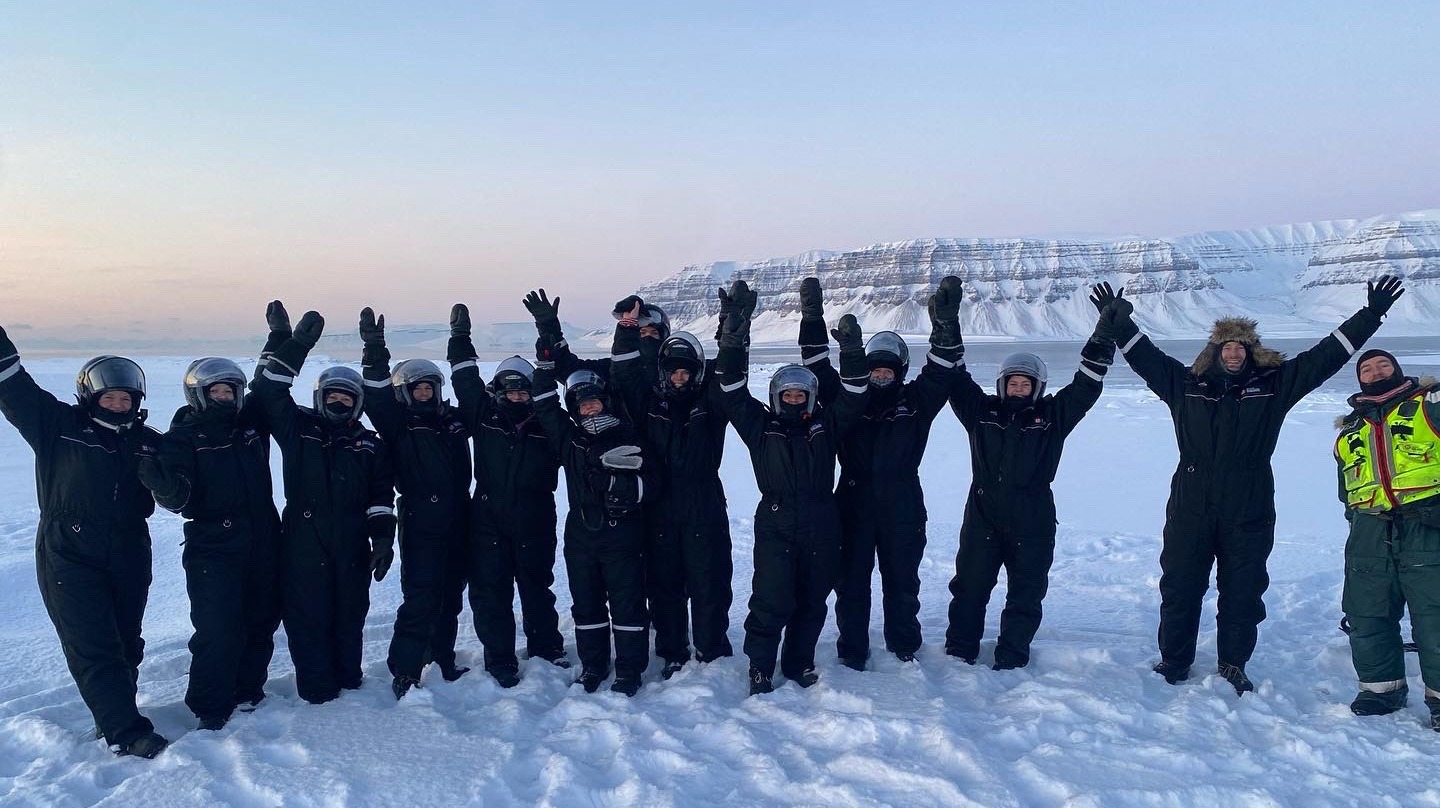 Twenty-seven Omega 365 employees traveled to Longyearbyen via Tromsø. Immediately after landing, the participants were driven to the Svalbard Bryggeri (Svalbard Brewery) where they were served a delicious tapas lunch and had the opportunity to taste products from the world's northernmost brewery. The brewery, which began production in 2015, put on a great presentation for our team at 78 degrees north.

After lunch, the participants were transported to the Radisson Blu Polar Hotel, the northernmost full-service hotel in the world. Having checked in, our team had a few hours to themselves to enjoy Longyearbyen's city center. Warm woolen socks for their upcoming scooter ride and toy polar bears to take home to younger family members were among the items that were purchased. In the evening, everyone gathered at the hotel's restaurant, Nansen, for a lovely dinner served with impressive panoramic views of the fjord and mountains.

On Saturday, two groups were booked on snow scooter rides; one group went to Tempelfjorden and the other group to Barentsburg. At the expedition center, participants received a thorough safety briefing from the guides and were then dressed in warm equipment. Everyone was allowed to drive their own snow scooters and at -25 degrees, red cheeks were a part of the experience. From their snow scooters, our team had the chance to experience  the wilderness and see the typical Svalbard landscape up close, complete with its vast valleys and the magical light that touches the mountain peaks. The sun itself is not seen until March 8 on Svalbard, but our participant's day out featured beautiful blue light as the evening approached. In Barentsburg, the team was taken on a guided tour before eating lunch at the local hotel.

After an hour's rest at the hotel, everyone was driven to dinner at Gruvelageret for a tasty three-course dinner of long-baked arctic salmon, farfalle with ragu of Svalbard reindeer, and white chocolate mousse with cloudberry sorbet. During the evening the Northern Lights could be seen dancing across the sky.

Memories for life were created on this weekend for a great group of Omega 365 teambuilders!